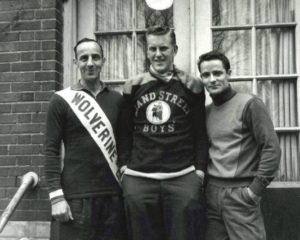 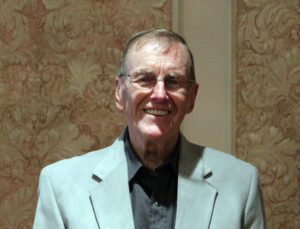 Few athletes accomplish the success of competing in both the Summer and the Winter Olympic Games, but Arnold Uhrlass is an exception. As a long track speedskater, Uhrlass competed at the 1960 Winter Olympics in Squaw Valley, CA, setting a national record in the 10,000m. Four years later, he competed in cycling at the Summer Games in Tokyo. Uhrlass also qualified for the 1964 Olympic speedskating team, but declined the invitation so he could stay home with his wife who was expecting their child.

Born in Yonkers, NY on October 19, 1931, Uhrlass grew up in a family of skaters and immediately took to the ice. Skating with the Grand Street Boys Speedskating Club in New York City, he quickly made headlines winning championship events. Uhrlass was invited to skate against the country’s best speedskaters at the Race of Champions in Madison Square Garden and he won the event five times. “I won it more than anybody else and we raced against some good skaters,” Uhrlass said. “It was a big deal. The mayor was there. I got congratulated by the mayor of New York City.” Training was done on a more individual basis at the time, and Uhrlass worked all day as a carpenter before coming home to train for events. He and his wife Evelyn raised three children while Uhrlass followed his Olympic dream. He turned down attending many world events knowing his training wasn’t quite up to par with the international skaters. “We just couldn’t compete against the Europeans,” he said. “I did my training at home but nowadays it’s a different story. You can’t work today and be a good athlete.”

Today, Uhrlass lives with his wife in Hendersonville, NC. His children all participated in speedskating while they were young and now enjoy cycling. Uhrlass was inducted into the U.S. Bicycling Hall of Fame in 1997 and the City of Yonkers Sports Hall of Fame in 1977. He is honored to be a part of the National Speed Skating Hall of Fame amidst the many talented speedskating athletes. Arnold was inducted into the National Speedskating Hall of Fame on April 18, 2009, in St. Louis, MO.
Sports-reference.com
Arnold Uhrlass was primarily a speed skater, but practiced cycling in the summer. As a teen, he was also a local champion in distance running and baseball. Uhrlass mainly skated in the North American circuit, only competing in two international events. A long distance specialist, he qualified for the 5 and 10k at the 1960 Olympics in Squaw Valley. Three years later, he also appeared at the World Championships in Karuizawa (Japan). Closer to home, Uhrlass won many local and regional titles, culminating in the North American championship in 1961. As a cyclist, his greatest victories were the 1957 Tour of Somerville and the 1961 Tour of Fitchburg. Seven years later, he was picked for the Olympic track cycling pursuit team, becoming the second American Olympian to compete in both cycling and speed skating. His career ended in 1968 after a fall on the ice, breaking his leg. Uhrlass recovered, but did not return to the sport, except as a coach.