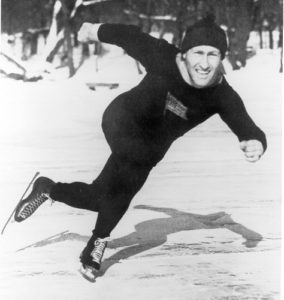 Bobby was born November 27, 1894 and died May 16, 1964. During his life he worked to become a World Champion, peaking in 1917. McLean entered his first race in 1910 at age 15 and won it. Later he held the International Amateur Championship for three years and moved to the professional class as an undefeated champion. From 1914 – 1916 he traveled for exhibitions in speed and figure skating. In 1934 McLean was in an automobile accident that kept him from skating again until 1939, but when he did return he headed the attractions at the Silver Skates shows in Cleveland, Ohio. In 1947 he retired from skating. McLean is also credited with creating a chemical process for a floor coating that was used an artificial ice surface. He was awarded a U.S. Patent on the process in 1940. He was inducted into the National Speedskating Hall of Fame on May 16, 1964 in Lake Placid, New York. 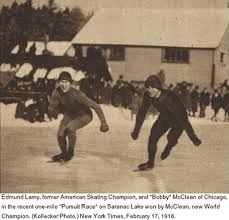 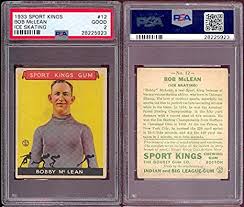 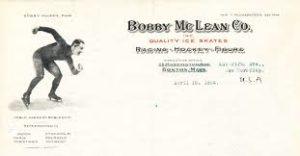 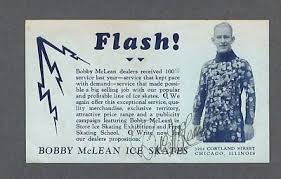 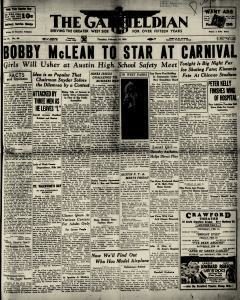