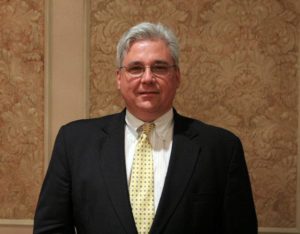 A group of speedskaters at the Olympic Rink in West Allis sped past 9-year-old Brad Goskowicz, causing his father, Tony, to decide speedskating was the sport for his son. Hockey skates were returned and soon Brad was doing deep knee bends with the West Allis Speedskating Club. Ten years later, Goskowicz had competed in more than 100 competitions, winning at both the National and North American level. “I loved to race on ice, win or lose, and it was a great time in the sport with many clubs, competitions, and competitors.”

With the arrival of children, Tony, Julie and Caitlin, Brad became more involved in the sport.  As president of the West Allis club, he was known for innovation. “With the Great Lakes LT and ST Championships as a platform, we were able to try a lot of new things. . .Many of those innovations and improvements are standard today.”

Brad served as President of the Wisconsin Skating Association and the Board of the Amateur Skating Union, as well as Chairman of the Racing Committee, where he championed the standardization to ISU racing rules. He organized more than 50 competitions including Nationals, North Americans and US Championships, both LT and ST; and ran the first four U.S. JR Short Track Championships, the first ST American Cup and the first events at the Pettit National Ice Center. Brad worked more than 100 competitions as a Competitor’s Steward, rising onto the ISU World Championship list in 2000.

Brad watched his children win national titles, skate on world teams, and participate in three different Olympic Games. He credits his wife Peggy for much of his success. “I have always gotten more than my share of the limelight, but Peg is truly ‘the Olympic Mom’.  Most people don’t realize how much she has contributed behind the scenes to this sport.”

Serving on the USS Board of Directors since 1991, Goskowicz became President in 2006. Since then, he was involved in relocating the USS National Headquarters and restructuring development for USS. He was inducted to the National Speedskating Hall of Fame on April 18, 2009 in St. Louis.