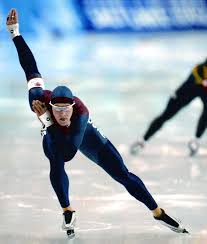 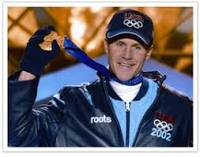 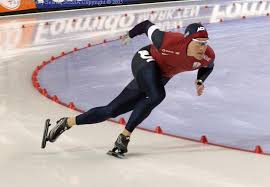 At the age of three, Casey FitzRandolph first stepped onto the ice as a munchkin to perform in a Wizard of Oz on Ice production. At the age of four, he took up hockey, but realized that he didn’t like the amount of time that he had to spend in his hockey pads. One day during the winter of 1979-1980 he heard an advertisement for the Madison area All-City speedskating meet. He thought since he had tried other ice skating sports, that he would try speedskating. FitzRandolph instantly took to the sport and didn’t stop until he reached his goal of becoming an Olympic gold medalist 22 years later.

FitzRandolph had a myriad of accomplishments throughout his skating career. In 1997 at the World Sprint Championships he won bronze overall and a silver medal in the 1000m. That same year, he beat Dan Jansen’s American records in the 500m and 1000m and bettered his own American records many times after.

In 2001, FitzRandolph won the Silver medal at the World Sprint Championships and Gold in the 500m. FitzRandolph is a six-time National Sprint Cup Champion and he achieved his childhood dream by winning the 2002 Olympic Gold medal in the 500m in Salt Lake City.

“Eric Heiden was the reason I started skating, and he was the one that told me I had just won the gold in Salt Lake” FitzRandolph said. “It was a special moment to be told by the person that got you started that your dream of winning the gold finally came true.” 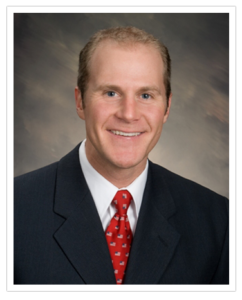 FitzRandolph is also involved in the sport off the ice. From 1995 to 2006 he acted as an Athletes’ Representative on the USS Board, where he was proud to create unprecedented athlete funding programs. He is also currently an active Board Member for Trek Bicycle’s non-profit “Dream Bikes”, and works as an Account Executive for M3 Insurance in Madison, Wisconsin where he helps businesses with their risk management programs. FitzRandolph also shares his experiences as an athlete through public speaking engagements. He speaks nationally about motivation and healthy living to all audiences, from corporate employees to school children.

“One lesson speed skating taught me was humility,” says FitzRandolph. “As an athlete I grew up doing something I had a lot of success in, but nobody wins all of the time. So it’s important to recognize that nobody is perfect. And no matter how fast you skate, or how many medals you win, it doesn’t make you any better than any other person.” Casey was inducted to the National Speedskating Hall of Fame on April 16, 2011 in Milwaukee, WI.