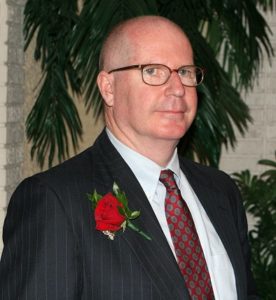 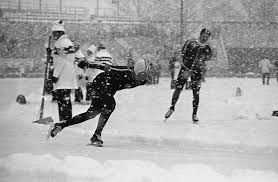 Dan was the U.S. premier middle and long distance skater following Bill Lanigan and preceding Eric Heiden. His peak came in 1975 when he won two World Championship medals. During his competitive career, Dan was a member of five World Championship teams between 1970 and 1976, five World Sprint Championship teams in this same period, and three Olympic teams (1968, 1972, and 1976).  In addition to the medals mentioned above, Dan won a World Championship medal in 1971 and achieved two top 10 overall World Championship finishes and six top 10 finishes in Olympic competition. Dan began skating at the age of twelve.  He moved into long track skating four years later. Dan was one of the first skaters to fully embrace a year-round speed skating specific training regimen, combining dry land training, interval and long distance running, and weight training. Following his retirement from competition in 1976, Dan began coaching for the Midway Club in St. Paul. Dan served as the team leader for a number of U.S. skaters during the 1979 European fall on-ice training and was selected to lead several training camps for USISA, the predecessor of U.S. Speedskating, in Squaw Valley and Colorado. Dan resumed his coaching career in St. Louis in 1993 where he developed and fostered a solid year-round training program, leading at least two dry land training sessions a week during the summer months and coaching several on-ice workouts each week during the winter skating season.

Sports-reference.com
Dan Carroll was one of the first US speed skaters who really emphasized metric long-track skating. He was US Champion in 1971 in long-track, after placing second in 1969-70. Carroll represented the US many times internationally. In addition to his two Winter Olympic appearances, he competed at the 1970-72 and 1975-76 World Championships, and the World Sprints in 1970-72 and 1975. His best finish was sixth all-around at the 1975 World Championships, in which he finished second in the 1,500 m. Carroll also placed ninth at the 1971 World Sprints and the 1976 World Championships. He competed for the Clayton Speed Skating Club and later the Metro Speed Skating Club, coaching the latter club after his career ended. He is a member of the US Speed Skating Hall of Fame.