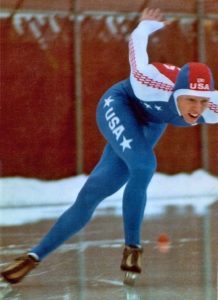 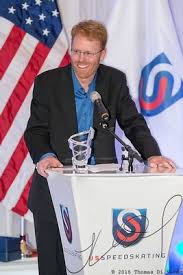 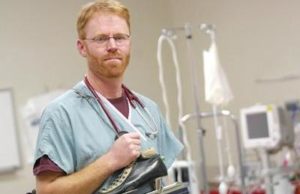 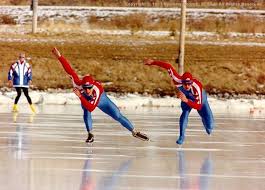 Dave Silk was one of America’s best distance skaters in the mid 1980’s due to his success on the domestic and international stage. He first started speedskating when he was in the second grade in Butte, Montana because it was the popular activity to do to amongst his friends, since they would go and hang out at the local rink. Soon after he began skating, he began competing in the National Outdoor Championship as a midget in 1977, then went on to win the Junior Boys National Outdoor Championship in 1982. That same year he also made the U.S. National Team and Can-Am Team. He first experienced the international stage in 1983 as a member of the Junior World Team and in 1984 he qualified as a member of the Olympic team, although he didn’t compete in the Games. In 1985, he won the Silver medal in the 10000m at the World Allround Championships and in 1986 he was the World Cup 5000m overall champion and was third overall in the 1500m. In 1988, he made the Olympic Team and competed in the 1500m, 5000m, and 10000m races. That same year, he placed first in the 1500m and third overall in the World Championships. Along with all these accomplishments, he was on the World Allround Team in 1985, 1986, 1987, 1988 and 1990. Dave’s emergence as a great skater helped inspire the skating club in Butte to build their own rink, the United States High Altitude Sports Center, which has hosted many National and International competitions and helped to inspire both Minnesota and Wisconsin to upgrade their own facilities. Dave was listed in Sports Illustrated as one of Montana’s 50 greatest athletes of the 20th Century. After retiring from Speedskating, he went on to the University of Washington School of Medicine and now practices emergency medicine in Butte, Montana. He is currently developing a cycling & skating group around Butte to keep kids active and creating an avenue to the sports if someone is interested. Dave has also volunteered with the United States High Altitude Sports Center, and is served as its President. He has also coached with the local club in the past.