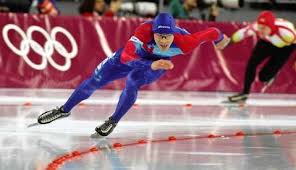 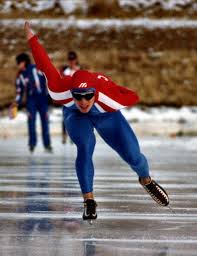 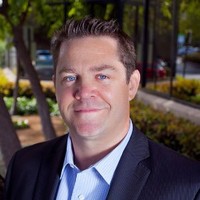 David Cruikshank always wanted to play professional soccer. As a member of the Glenbrook North High School soccer team since his freshman year, Dave assumed he would play soccer in college and eventually move to Europe to compete internationally. But after he won the Men’s 500m at the 1987Junior World Speedskating Championships in Stromsund, Sweden, he decided to change the focus of his goal.

Born in Chicago on January 11, 1969, and playing hockey since the age of 7, Dave was introduced to speedskating through the Northbrook Speedskating Club, which has turned out more speedskating Olympians than any other club in the country. Once he realized how fast he could skate, Dave was hooked. “We had good coaching and passionate parents,” he says. “The whole Chicago area was great. There was an incredibly strong tradition at Northbrook. I liked it and I liked the speed.”

Soon he was competing in speedskating events every weekend, learning how to race while fine-tuning his technique and strategy. After winning multiple national championships for indoor/outdoor pack style speedskating, Dave was named to the World Short Track Team in 1986 and made his first Olympic team as a long track skater in 1988.

Dave participated in four Olympic Games, from Calgary in 1988 to Nagano in 1998, but his favorite Olympic venue was in Lillehammer, Norway in 1994. “Lillehammer was by far the best,” he says. “The Olympic Village was a little more quaint, the food was good and the rink was fantastic. All around, Norway was the best.” He also enjoyed competing at Olympic events with his teammate and girlfriend, Bonnie Blair. They had been skating together since they were children and in 1995, Dave proposed to her at Lake Geneva.

Dave attributes speedskating with teaching him discipline, time management, and how to develop a strong work ethic. He hopes the skaters coming up through the ranks today are skating for the right reasons—not just to make an Olympic team or win medals.

“They need to enjoy the journey, train with urgency, and compete like every race is the Olympics,” Dave says. “If you train smart, give 100% every day, and skate with passion good things will happen.”

He is honored and excited to be chosen as an inductee into the National Speed Skating Hall of Fame and is grateful for the lessons he learned as a skater and the lessons he teaches future athletes. “I always had the drive to know what I wanted to do,” Dave says. “It’s a great honor [to be inducted into the Hall of Fame] and I’m sure there are some people who are more deserving than I am. It’s very humbling.” Dave was inducted to the National Speedskating Hall of Fame in Bethlehem, PA on April 19, 2008.

After attending a speedskating practice, Cruikshank transitioned from ice hockey to speedskating at the age of eight in Northbrook, Illinois, an area known for its strong tradition of speedskating Olympians. He became a member of the World Short Track Team in 1986.

In 1987, at the age of seventeen, he won the Junior World 500 meters, his first major long track international competition; a year later, he made the 1988 Olympic Team, winning the 1,000 meters at the Olympic Trials. In 1989, Cruikshank medaled in a World Cup competition and placed 13th overall in his first World Sprint Championships; Cruikshank’s career continued, resulting in his making more World Championship Teams and three more Olympic Teams (1992, 1994, and 1998).