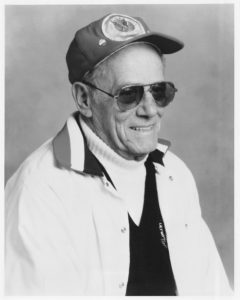 David was born March 23, 1913 and passed away on November 14, 1996. He served as coach, official, fundraiser, and for 20 years as an attendant at the ASU Convention. As if this was not enough, he was a Board of Control member for the Middle Atlantic Association for 14 years, a national and international Chief Starter, the first Commissioner of Officials for ASU he co-chaired the first Officials’ seminar in Chicago and Albany, and was the Head of Doping Control at the 1980 Winter Olympic Games in Lake Placid. From 1976 to 1981 he was the vice-president of the ASU and stood as president from 1982 to 1984. David was inducted into the National Speedskating Hall of Fame on May 19, 1985 in Albany, New York.