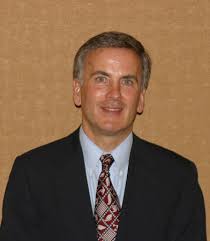 Denny was born in Cleveland, Ohio, the fourth of six children. He became involved in the sport of speed skating following in the footsteps of his older brother Jim, who was his coach in the early years.

Denny started competing at the age of 13 for the Lakewood Speedskating Club of Lakewood, Ohio.  His skating career peaked in 1972 when Denny earned a spot on the National Team and competed in the World University Games.

Denny has contributed to the sport at the National level in many ways.  He was the Chairman of the ASU Nominating Committee from 1990-2000 and is a Member of the Speedskating Hall of Fame Committee, including 5 years as Committee Chairman. Between 1976 and 2003 he served on ten meet organizing committees including National Short Track Championships (2), North American Short Track Championships (1), World Team Trials (1), U.S. Junior Short Track Championships (1), and Short Track American Cup (5).  He has also served as an Olympic Festival coach in 1991 and 1993 and as a Coach/Chaperone for ASU Summer Camps. He also assisted with layout and printing of ASU Catalogue and contributed articles to the Racing Blade for many years. Denny was inducted in to the National Speedskating Hall of Fame on April 24, 2004 in Saratoga Springs, New York.