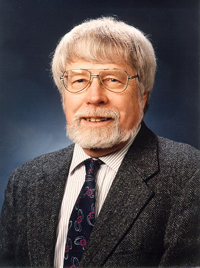 Don has been active on the National scene since 1979, as a dedicated servant of the sport; serving as the President and Coach of the Midland Speedskating Club from 1979-1997, Chairman of the ASU Coaching Committee from 1990-1996, Delegate and Board of Control Member from Michigan spanning 1985-present, and was the editor of the Racing Blade for two years from 1998-2000. He developed much of the educational material that was used in ASU Coaching seminars. Wherever there was a need or void in a vital National program, Don volunteered to fill the gap. What he didn’t know about a topic, he asked questions and attended related seminars and coaching courses, to get the right answers. Don has been active in the Boy Scouts of America and an outstanding contributor for 21 years. Don is a retired Chemist for Dow Chemical Co. residing in Midland, MI. He was inducted into the National Speedskating Hall of Fame on May 19, 2001 in Albany, New York.