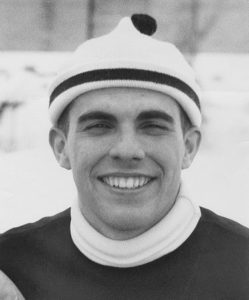 Michael was born July 5, 1946. He was a two time National Outdoor Champion in the Senior Class in 1967 and 1974, eleven time National Team member, and an Olympic team member in 1968. During this time he set four National Outdoor records and one Can-Am Games record. He was inducted to the National Speedskating Hall of Fame on May 19, 1985 in Albany, New York.