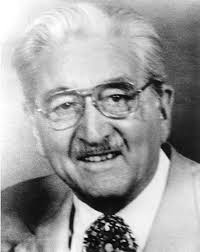 Milan was born December 24, 1907 and passed away on January 5, 1992. During his life, he was a national timer, ASU Board of Control member, and worked as an editor and co-editor of the ASU Handbook. He was also a co-author of “Speedskating, What You May Want to Know” which was published in 1959 and was a founder and co-editor with his wife Dorothy, of the publication “Racing Blade.” As a part of the ASU he served as the chairman of the Hall of Fame committee and an ASU Parliamentarian. For his efforts and hard work within the organization, he was a five time recipient of the ASU Certificate of Appreciation and the award for outstanding service and dedication through the publication of the “Racing Blade.” Milan was inducted to the National Speedskating Hall of Fame on May 19, 1979 in Saratoga Springs, New York.