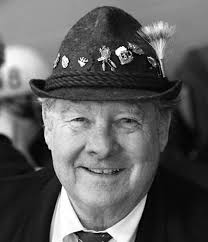 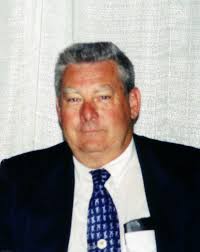 Inducted May 1, 2010
Growing up in Madison, WI, Duane Riley was never far from an ice rink. In 1946, at the age of eight, Duane first tried speedskating at a neighborhood rink. “I always enjoyed competition and it was a series of races organized by the city — east side vs. west side — that drew me to the sport.” Speedskating soon became a family affair as Duane’s parents, eager to support their son’s new sport, restarted the Madison Speed Skating Club. “Thanks to my parent’s involvement, I was able to train and skate with some of speedskating’s greats including Bill Carow and members of the 1956 and 1960 Olympic team.” Duane went on to win numerous medals, competing on the Amateur Speedskating Union (ASU) circuit, including U.S. Nationals and the North American Championships.

Following his successful skating career, Duane married Elayne in 1959 and had three children. When his children began skating in 1965, Duane returned to the ice, however this time as an official. Quickly rising in the officiating ranks, Duane became a National Assistant Referee in 1973,
then a National Referee in 1980. Soon, he became an International Speedskating Union (ISU) Championship Referee working numerous World Cup and World Championship events, and officiated at the 1998 Olympic Winter Games in Nagano.

A committed volunteer, Duane became a member of the Madison Speed Skating Club in 1964, serving as its president. He was vice president of the ASU for six years, serving as the organization’s president for two years, and was instrumental in ASU’s transition to US Speedskating. Duane also devoted countless hours to coaching children with intellectual disabilities through Special Olympics’ speedskating programs.

“Perhaps one of the greatest takeaways I’ve had from my involvement with this sport has been the friendships I’ve developed with the people I’ve worked with. It has been an honor to watch athletes like Eric and Beth Heiden, Dan Jansen, Casey FitzRandolph, and most recently Apolo Anton Ohno, grow up in this sport.” Looking ahead, Duane sees much growth on the horizon for the sport of speedskating. “It’s one of the greatest sports to get involved in. There’s something in it for the whole family. If you have young children competing, as a parent you can get involved as a coach or an official. I am thankful that my family has had the opportunity to be involved in the sport at so many levels.” Duane was inducted to the National Speedskating Hall of Fame on May 1, 2010 in Richmond, Virginia and passed away on September 1, 2015.

SUN PRAIRIE – Duane Edward “Bunk” Riley, age 77, passed away on Tuesday, Sept. 1, 2015, at Agrace HospiceCare. He was born on March 18, 1938, in Madison, Wis., the son of Earl and Vivian Leota (Jahr) Riley. Duane graduated from Edgewood High School in 1957. He worked as a Madison firefighter from 1965 to 1988, when he retired. During his time as a firefighter, Duane worked crash rescue for seven years at Truax Field. After retirement, he worked for 16 years as a Brinks driver.

Duane had many passions including softball, golf, traveling and boating on the Mississippi river. His lifelong love was speed skating and he was an Olympic International Skating Union Official for Speed Skating from 1975 to the time of his death. He officiated many world competitions and in 1998, he worked the Nagano Olympics in Japan. Duane was a member of the Madison Speed Skating Club (MSSC) from 1945. He later served as president and board member.

He was preceded in death by his parents, Vivian Leota (Jahr) Riley and Earl P. Riley; sister, Sharon Cullen; and nephew, Gary Cullen.