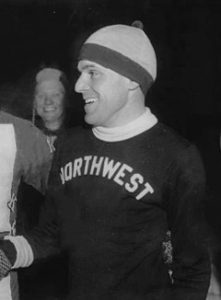 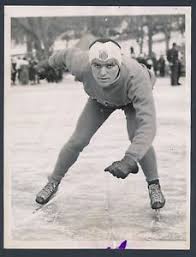 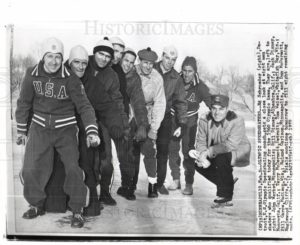 (not all team members are pictured)

Edward Schroeder was born in 1911. During his lifetime, he was a member of the 1932, 1936, and 1940 Olympic Teams as well as winning the title of North American Outdoor Champion.  He was a world medalist four times and served as the Olympic team coach in 1960. Edward was able to continue to be a part of the Olympic movement by serving as an Olympic torchbearer for the 1996 Atlanta Summer Games and the 2002 Salt Lake City Games. Edward passed away on December 1, 2005. He was inducted to the National Speedskating Hall of Fame on May 18, 1968 in St. Louis, Missouri.