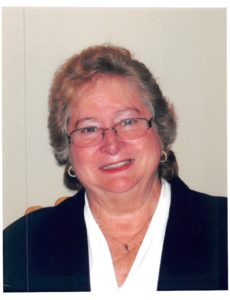 Inducted April 16, 2011
As a parent, volunteer, and official Elayne Riley has been a valued contributor to our sport for over four decades. Elayne began to serve as a competition steward in the late 1970’s and has continued in that capacity throughout the years for numerous local, national, and international competitions. She has given many seminars and has been instrumental in bringing more officials to the sport.

Elayne has been a member of the Madison Speed Skating club since the 1970’s, and was a board member of the Wisconsin Speed Skating Association, serving as President for two years. She has helped organize many competitions, local, national and international as well as volunteering for many US Speedskating committees including the Competition committee, Officials committee, and the Finance committee. Elayne is an instrumental member of Amateur Speedskating Union Foundation, serving as the organization’s treasurer.

A highlight for Elayne was serving as a competition steward at the 2002 Winter Olympic Games in Salt Lake City, UT. “Working an Olympic Games was like being on Mars,” she says. “It was really nerve racking because you do not want to make any mistakes. But you end up working with great people that do a great job at their job and make everything work out. It really was an amazing experience.”

Elayne was inducted to the National Speedskating Hall of Fame on April 16, 2011 in Milwaukee, WI.