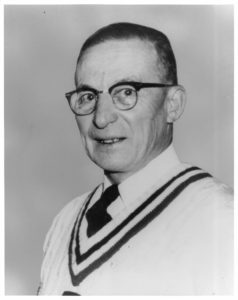 Elmer was born June 4, 1899 and passed away on December 27, 1990.  During his life he served as president and team manager of the Saratoga Winter Club. Along with this, he was a founder, chief judge, national referee, and president of the Northern New York Skating Association. In his spare time, he was a collector of antique wooden-base skates, which he started amassing in 1945. Elmer was inducted into the National Speedskating Hall of Fame on May 19, 1979 in Saratoga Springs, New York.