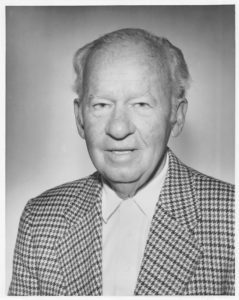 Eugene was born September 16, 1905 and passed away on February 25, 1987. During his life he was a competitor, coach, promoter and national official. He was also a Board of Control member in northern New York and a charter member of the Hall of Fame Committee. Through this position, he helped establish the Hall of Fame in Newburgh, New York. Eugene was inducted into the National Speedskating Hall of Fame on May 16, 1981 in Milwaukee, Wisconsin.