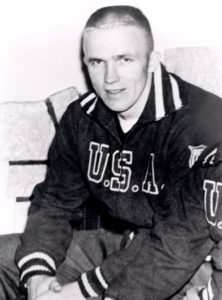 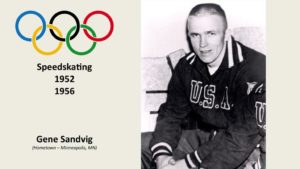 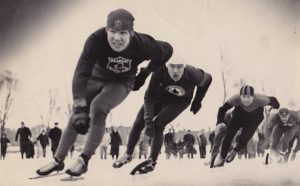 Gene was born February 8, 1931.  He was on the 1952 and 1956 Winter Olympic teams and won the titles of National and North American Outdoor Champion. He was inducted to the National Speedskating Hall of Fame on May 24, 1970 in Buffalo, New York.
Gene was a top athlete at Gustavus Adolphus College, where he played football as a fullback, graduating in 1957. As a speed skater Sandvig was North American all-around champion in 1958. He later served on the administrative side of the sport, as a delegate to the US Olympic Congress for 10 years, as general manager of the 1976 Olympic speed skating, and as a member of the Technical Committee of the ISU. He served as an international speed skating referee at the 1980 and 1984 Winter Olympics.

Star Tribune story Jan 17, 2019, about the Sandvig and Shobe families and speed skating