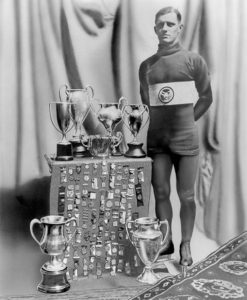 Harry was born in 1888. During his life he became a Western and Illinois State Champion, peaking in 1914. He was inducted into the National Speedskating Hall of Fame on May 14, 1966 in Colorado Springs, Colorado.