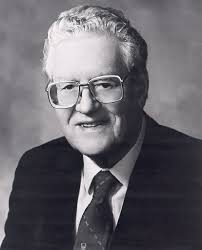 Herbert was born October 12, 1905 and passed away on April 19, 1995. During his life, he was a skater, national outdoor official and the President of the Western, Illinois, and Iowa Associations and the ASU. He was a charter member of USISA and delegate to the USOC. Herbert was inducted to the National Speedskating Hall of Fame on May 15, 1982 in Bloomington, Minnesota.

(obit) An avid sports enthusiast, his competitive speed skating career peak was from 1912 to 1976. Herb served as a National Outdoor official, President of the Western, Illinois and Iowa Associations and the Amateur Skating Union of the United States. He was a charter member of the United States Ice-Skating Assoc and a delegate to the U.S. Olympic Committee. He was elected to the Hall of Fame of the Amateur Skating Union of the U.S. and was a Charter Member of the Hall of Fame of the Iowa Skating Assoc. He awarded the Knudten Medallion to senior women skaters in the U.S. yearly. He was awarded emeritus status on the Olympic Speed Program where he served as a competitor, and official and national and international judge.