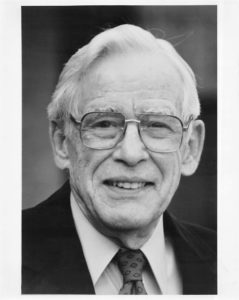 Howard was born March 28, 1912 and passed away on April 14, 2000. During his life he was a president of the Wisconsin Skating Association, national ASU Chief Clerk of Course, Chief Timer, Treasurer of USISA, early member of the Hall of Fame Committee, and served as the Chairman from 1981-1983. Howard was inducted into the National Speedskating Hall of Fame on May 14, 1983 in St. Louis, Missouri.

Howard Gutgesell was a frequent contributor to the ASU Scholarship Fund, having given more than $12,000 to the fund at the time of his passing.