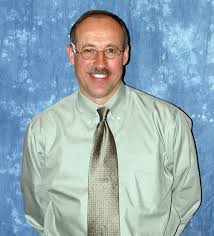 Although Jack Mortell stopped skating competitively in 1986, he feels that’s the exact time his speedskating career got started. His accomplishments during the last 22 years have helped bring the sport of short track speedskating to the Olympic podium. But more than that, Jack’s programs have strengthened the athletes’ sense of community.  Raised in Evanston, IL, Jack spent his winters skating on frozen ponds, flooded parks or at the ice rink located near his home. One day, while skating in a pair of hand-me-down white figure skates, he was given the chance to use speedskates. His life was never the same.  “I took to them immediately,” Jack says. “The second I put them on they felt like part of me.” Jack went on to compete, and win, in city-wide speedskating contests until he was invited to join the Pierce Speedskating Club in Chicago. In age class meets he competed with future Olympic medalists Dan Immerfall and Peter Mueller before making his own mark on the speedskating world. Jack was named to five World Short Track teams between 1976 and 1983, all the while holding down a full-time job as a fire fighter and paying a mortgage.

Winning two National Short Track and one North American Track title in mass start speedskating, Jack set seven national records ranging from 400 to 5000 meters. As the 1992 Olympic Head Coach for Short Track, he watched one of his athletes, Cathy Turner, skate into history as she became the first woman in the world to win a Short Track Olympic Gold Medal in 1992. The ladies then went on to win a surprising silver medal for the relay: US Speedskating’s first team medal.

But it’s his dedication to service that sets Jack apart. As a world-class athlete and coach, Jack felt it was his duty to give back to the sport of speedskating. He understood how his success could pave the way for a greater level of service for US Speedskating. Jack served as the Short Track team leader for the 1994 and 2002 Olympic Games, worked as an ISU Competitors Steward, served as a technical advisor/director for numerous events and continually thought up ways to improve the sport of speedskating.

In 2001, Jack received an International Olympic Committee Diploma from IOC President, Juan Antonio Samaranch, recognizing Jack “for a remarkable contribution, as a Volunteer, to the development of sport and Olympism.” He was inducted into the National Speedskating Hall of Fame in Bethlehem, PA, on April 19, 2008.