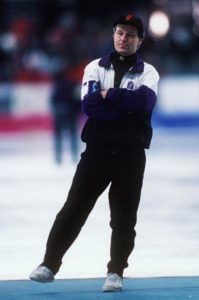 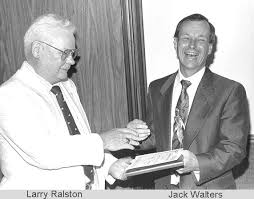 Accepting his Hall of Fame award from Larry Ralston

He developed the coaching certification system in Canada and served as the National Coach of Canada from 1978 to 1988. He was appointed Head Coach of Long Track by the Canadian Amateur Speed Skating Association.

Since 1991, Speedskating Canada presents The Jack Walters Coach of the Year Award to a coach who has demonstrated meaningful, long-term involvement at the club, regional, provincial or national level.