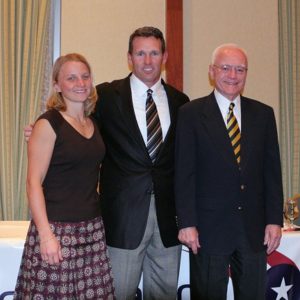 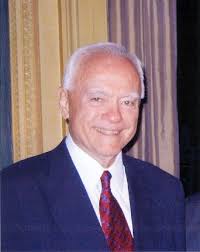 Jim Hawkins began his career with ice sports when his parents gave him a pair of oversized skates to skate on a nearby pond in a St. Louis city park when he was 11 years old. His competitive nature drew him to speedskating and he competed from 1945 – 1954.  After his competitive years, Jim served for over 20 years on the Board of the Missouri Skating Association, which saw growth and a focus on development during his tenure as President from 1966 – 1969. As a founder of the U.S. International Speed Skating Association (USISA – now U.S. Speedskating), Jim served as General Secretary and Treasurer from 1966-1976. He acted as the Manager of the U.S. Olympic Speedskating Team for the Sapporo Olympics in 1972, track announcer for speedskating in the 1960 and 1980 Olympics, was an ISU referee, and has been a delegate to several ISU Congresses. Jim’s involvement, contributions and dedication to the sport have helped speedskating in the U.S. achieve the international success that it has experienced over the past six decades. Jim derives great personal satisfaction from seeing that young athletes have the opportunity to develop their skills and abilities to the fullest. He was inducted to the National Speedskating Hall of Fame on April 22, 2006 in Salt Lake City, Utah.