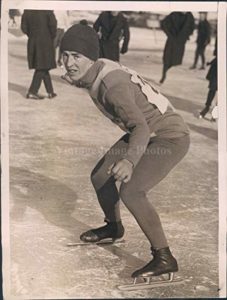 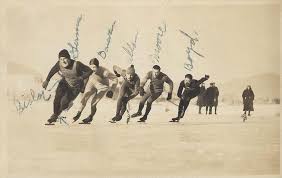 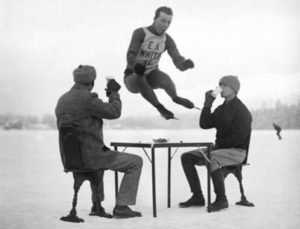 Joem born January 12, 1901, died April 1982, was an International Indoor Champion, with his peak being in 1924. He had one of the longest careers of any early American speedskater. Throughout this career, he won over 15 major competitions in all-around. In 1921, Joe was briefly banned from amateur sports competitions because his name  had been used in various advertisements. He was inducted into the National Hall of Fame on May 16, 1964 in Lake Placid, New York.

Joe Moore was a member of the 1924 Olympic Team. The Olympics were held in Chamonix, France. The photo on the left below is captioned “Just Before Leaving for France 1924.” 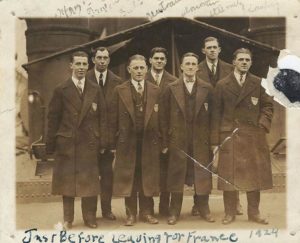 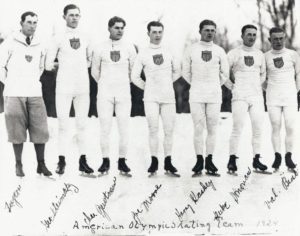