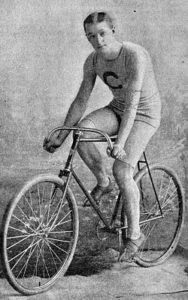 John was born May 11, 1873 and passed away January 17, 1934. He was inducted into the National Speedskating Hall of Fame on May 14, 1960 in Colorado Springs, Colorado. He was a World Champion speed skater, held a world record and was also a World Champion in cycling. He was the first to bike one mile in less than two minutes, with a time of 1:56.6. This was in 1892, in Independence Iowa.

His grave, in Lakewood Cemetery, Minneapolis, has a headstone with the silhouette of a bicycle and an ice skate carved into it

Below Photos provided courtesy of the U.S. Bicycling Hall of Fame 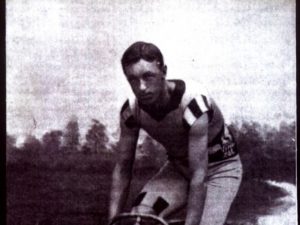 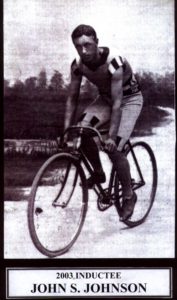