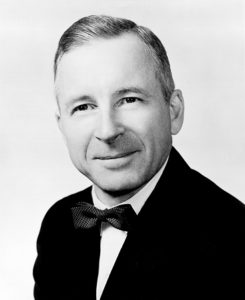 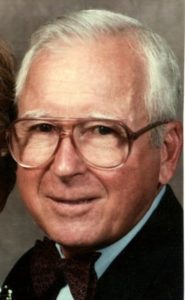 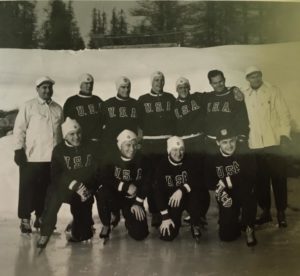 By JIM ADAMS Star Tribune JULY 3, 2010
Johnny Werket weighed only 130 pounds, but on ice, he was powerful and fast.

From 1948 to 1950, Werket was a top 1,500-meter speed skater in world skating championships, sponsored annually by the International Skating Union. Werket, who grew up skating in Minneapolis during the Great Depression, also competed in the 1948, 1952 and 1956 Winter Olympics and coached two gold medal-winning skaters at the 1972 Olympics in Sapporo, Japan.

Werket, 85, died of stroke and cancer complications June 4 in Sun City West, Ariz., where he and his wife retired.

In addition to his athletic feats, he was an Army paratrooper during World War II and worked 32 years as a salesman and personnel trainer for Northern States Power Co.

One of the gold medal skaters Werket coached was Dianne Holum, who was 15 when he first groomed her for the world championships in 1967.

“He taught me so much that year. I was third in the world championships. That was like a breakthrough year for me,” said Holum from her home in Broomfield, Colo. Five years later she was on the speed-skating team Werket coached for the Sapporo Winter Games.

“He was a middle-distance specialist,” Holum said, noting that the 1,500-meter was her favorite race. “He taught me how to skate that race. … To increase your effort on the turns and relax on the straightaways, because your speed comes from the turns and it shoots you into the straightaway.”

Hollum struck gold in the 1,500 meters at Sapporo. “After I crossed the line and made the turn, I went straight to him and gave him a big hug,” she recalled. She also garnered a silver in the 3,000-meter, and teammate Anne Henning, also coached by Werket, won gold and bronze in shorter races, according to a 1972 newspaper account.

Hollum said she used Werket’s training tips throughout her skating and coaching career, which included coaching three Olympics speed-skating teams, the last in 1998. She passed his tips on to Eric Heiden, who she coached before he became the first Olympian to win five individual golds in a single Olympics in 1980 at Lake Placid, N.Y.

Werket’s style was very encouraging and gentle, Hollum said.”He was very supportive, not critical, but gave you positive things you could do,” she said. “If a skater was having trouble, he would tell them all the good things they were doing and then say, ‘You could work on this.”’

She said Werket “had a huge influence on my attitude, and that is as important, or more so, than skating itself.”

Werket’s younger son, Jim, of Hastings, said, “In our family, you skated before you walked.” His father coached him when he skated competitively into his 20s. “He was a technique coach,” Jim Werket said. “He could evaluate an athlete’s power and then maximize his style. That’s what made him such a good coach.”

In addition to his son, Werket is survived by his wife of 58 years, Vesla, of Sun City West, Ariz.; another son, John, of Richfield, and four grandchildren. 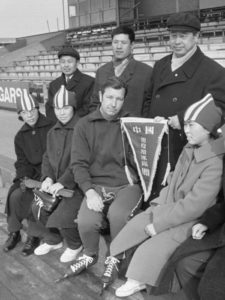 With the Chinese National Team in 1972

After graduating from Roosevelt High School in Minneapolis, he enlisted as paratrooper with the 101st Airborne Division and fought in World War II. He then graduated from Augsburg College in 1949. Werket was of Norwegian descent. While competing in Hamar, Norway, he met Vesla Bekkevoll, then aged 16, and married her on August 17, 1951 in Minneapolis. He retired from competitions after the 1952 World Championships and coached skating, first at the Richfield Skating Club, and then with US national team, preparing it to the 1972 Winter Olympics. His trainees included Dianne Holum and Eric Heiden. In parallel he worked at the Northern States Power Company and eventually advanced to an executive position. He retired in 1983 after 32 years with the Northern States Power and settled in Sun City, Arizona, where he died in 2010 of stroke and cancer complications. He was survived by his wife and two sons, John and Jim.