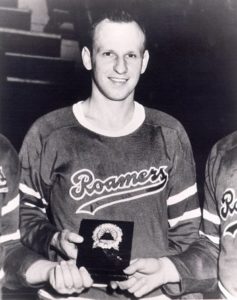 Kenneth was born July 26, 1937. He skated his way to the title of National and North American Indoor Champion and North American Outdoor Champion while also setting three National Indoor records. His accomplishments spanned the field of ice sports as he was a member of the 1962 World Hockey Team and won four World Outdoor and three World Indoor Barrel Jumping Championships. Kenneth was inducted to the National Speedskating Hall of Fame on May 19, 1979 in Saratoga Springs, New York.