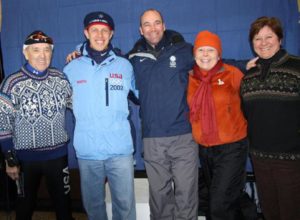 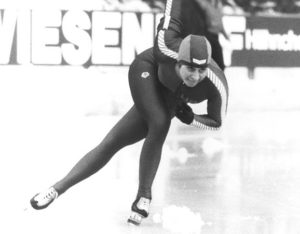 Kim was born September 19, 1956. She started skating at five years old, but waited until she was eleven to compete. After limited success in pack style racing, Kim went to metric style after her Junior year. Her peak year was 1977 when she won the Junior World Long Track Championship in Inzell, Germany, where she set World records at 500m and 1000m and finished second in the 3000m and third at 1500m. The same year, she won the 500m race at the World Sprint Championships. Kim was a member of the 1980 U.S. Olympic Team and the World and World Sprint teams in 1979 and 1980. She was inducted into the National Speedskating Hall of Fame on May 19, 1996 in Bloomington, Minnesota. 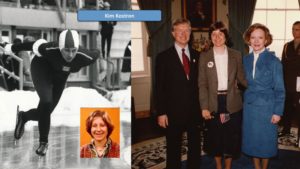 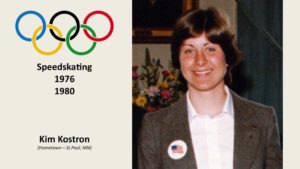 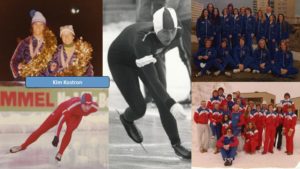