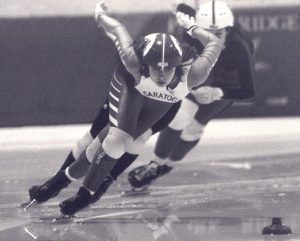 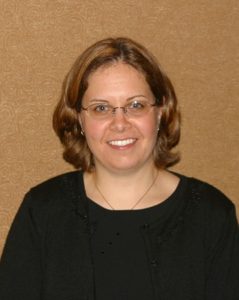 Kristen was an accomplished skater in both Long Track and Short Track competitions. She won her first National Short Track Championship in 1985 as a Juvenile. She went on to win National Championships in Long Track as a Junior (1986) and a Senior (1991, 1993) and in Short Track as an Intermediate (1988, 1989). She was a member of the Junior World Long Track Team (1989, 1990), the World Short Track Team (1989), and the Olympic Long Track Teams (1988, 1992, 1994). Kristen captured a Silver medal at 500m as a member of the 1990 Junior World Long Track Team. Kristen was born into a speedskating family. Both her maternal grandparents were speedskaters as well as both her parents and her brothers. Kristen started skating at the age of two and competing at four. Her grandfather, Vernon Green, flooded his backyard for a skating rink for her to learn to skate and later on took her skating at the local rinks. Kristen has contributed in a very positive way to the sport of speed skating. She always exhibits a sense of good sportsmanship and fair play. She has always taken the time to help younger skaters and has been a good role model for them as well as a good representative for her sport. After retiring from active competition she has continued to contribute to the sport as a coach and athlete representative. Kristen was inducted to the National Speedskating Hall of Fame on April 24, 2004 in Saratoga Springs, New York.

Sports-reference.com
Kristen Talbot competed internationally in speed skating from 1986 to 1994. She appeared in three Winter Olympics and at the 1989 and 1990 World Junior Championships, as well as skating parts of the World Cup circuit for several years. Talbot was second in the 500 at the 1990 World Juniors and finished 10th overall at that meet, her best international finishes. She studied physical therapy at Skidmore College and Montana Tech. Talbot is best known for her altruism only one month prior to the 1994 Winter Olympics. Her brother, Jason, was quite sick with aplastic anemia, and Talbot donated her bone marrow to him in January 1994, in an attempt to reverse the course of the often fatal disease. The bone marrow transplant would lower her own hemoglobin and hematocrit levels, definitely affecting her ability to skate, but she did it with no worries.