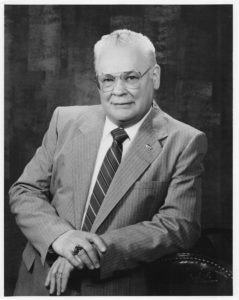 Lawrence was born December 3, 1930. He founded the Stehman Speed Skating Club of Chicago in 1957 and served as a national Starter, secretary-treasurer of the Amateur Skating Association of Illinois, executive secretary-treasurer of the ASU from 1971-1984, and on the Board of Directors of USISA. Lawrence was instrumental in negotiating the “Articles of Alliance” between CASSA and ASU, and in creating the position of “Commissioner of Officials.”  In 1975 he and Leon Wilmot designed and commissioned the National and North American Championships’ Medallions. Lawrence was inducted into the National Speedskating Hall of Fame on May 19, 1984 in Northbrook, Illinois.