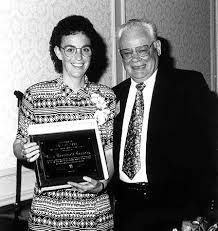 Liza was born July 24, 1961.  She started skating at the age of five. During her career she was the Senior Women National Long Track champion in 1981, 1982, 1989, and 1991, the North American champion in 1981, and set three National records. She was also a member of the U.S National Team 1980 through 1984. She has been passionate about the organization of speed skating events since 1988. She has continued to be involved with the Oval in Butte, Montana, and worked for the Butte school district coaching boys’ and girls’ high school cross country and basketball teams, and Liza was inducted to the National Speedskating Hall of Fame on May 18, 1997 in St. Louis, Missouri.