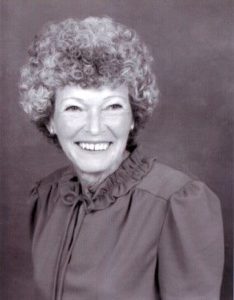 Lorraine began doing volunteer work at the local level for the West Allis Skate Club in 1962 and has never looked back  Her activities included providing support for the athletes (making hotel reservations, serving as a chaperone), administration (assembling rosters, managing dues collection) and media contact. Soon she began working at the National level with pair drawing, skater check-in, and pre- and post-event publicity. She volunteered at all Long Track Team selection trials from 1968 to 2000 held in West Allis. Lorraine was also the media contact person for National competitions hosted in the area. She worked at skater check-in, as a starting line assistant, and media contact for international competitions in West Allis between 1970 and 2000.

Appointed a National Judge in 1980, she continued to judge at pack style meets for many years. Lorraine served for ten years as a member of the Speedskating Hall of Fame Committee and as a delegate at ASU and USISA (now U.S. Speedskating) conventions between 1972 and the present.  She held numerous Club and National awards as well as community awards for her volunteer services. Lorraine passed away on January 13, 2006.