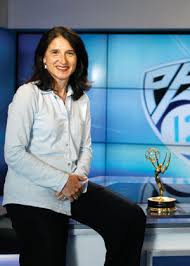 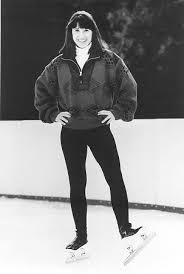 Sports-reference.com
Lydia Stephans had only a short international speed skating career, lasting two years, 1983-84, with her best international finish her 13th at the 1984 Winter Olympics in the 1,000 m. But her career outside of skating has been impressive. In 1986 Stephans accepted a position with ABC Sports in the Olympic Division, and eventually became the first female vice-president at ABC Sports, responsible for their flagship program, Wide World of Sports. She was also in charge of their NASCAR, tennis and golf events. In 1999 she moved to the Oxygen Network as their President and Executive Producer, helping that new network become established. After three years in that position, Stephans went to the MSG Network, where Executive Vice-President in charge of programming and production. But in 2006, she left MSG to form her own new venture, Peace Tree Media. Stephans, later Murphy-Stephans, was a graduate of National-Louis University, with a degree in journalism in 1982, and she earned a masters in broadcast journalism from Northwestern in 1985. She has received 19 Emmy Awards and led MSG Network to receive 31 Emmy Awards and 15 ProMax Awards during her tenure at that network.