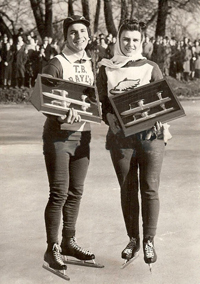 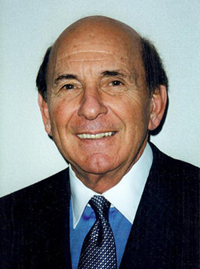 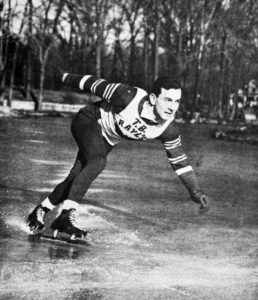 A native of Detroit, Michigan, Mario Trafeli first stepped on the ice at age 14 to try short track speedskating. “I always loved sports, playing sports and competing in sports. As a young teen, several of my friends were taking up speedskating. They asked me to join them. It was fun and I progressed rapidly. However, it was the discriminatory treatment that my family received as Italian-Americans that motivated me to take skating to the next level. To excel and show that Italian-Americans were capable of exceeding with integrity at the highest levels of competition and achievement.” Success on the ice came quickly for Mario as he was a nationally ranked skater by age 15. He soon emerged as the youngest winner, first Detroit native, and first Italian-American to win the North American Outdoor Speedskating Championship against the top Canadian and American skaters.

During his twelve year skating career, Mario went on to win the Michigan Indoor title six times, held many Michigan state records for various age groups, and won the Silver Skates Tournament of Detroit, St. Louis, and Chicago. He was the 1952 and 1954 winner of the two-mile prestigious Invitational “Race of Champions” held at Madison Square Garden in New York. He was winner of more than forty tournaments and set five national speed records. With a professional career in his sights, Mario did his undergraduate studies at Wayne State University where he also played quarterback for the Tartars. He graduated from the University of Detroit Dental School and later served as a Navy dentist. Throughout college and dental school, Mario skated and even worked in some time to skate and win the Silver Skates in Chicago in 1955 while serving in the Navy.

In 1960, Mario came out of a four-year retirement to win the Michigan Veteran’s title, where he won three of four races and set two more records. Mario then hung up his competition skates and became a State and National referee, as well as a Michigan delegate to the ASU convention for many years. In 1982 he was inducted into the Michigan Amateur Sports Hall of Fame and also received a State of Michigan Senate Resolution for his contributions to Michigan Athletics.

In February 2010, Mario was inducted into the National Italian American Sports Hall of Fame and became their first speedskating inductee. In addition to his continued support of speedskating, Mario’s pursuits off the ice have included owning and training thoroughbred horses and golfing. At the age of 48, Mario took up the game of tennis. In 34 years of competitive tennis, Mario has consistently held numerous top rankings including SEMTA Singles and USTA Midwest Singles Champ and is currently a member of the #1 USTA Midwest Doubles Team, age 80 and over. “Skating has influenced so much in my life. I have so many great memories. It brought great pride to my family and to my city. It afforded me the opportunity to travel and meet exciting people. I am so grateful to have been a part of its history.” Mario was inducted into the National Speedskating Hall of Fame on April 1, 2010 in Richmond, Virginia