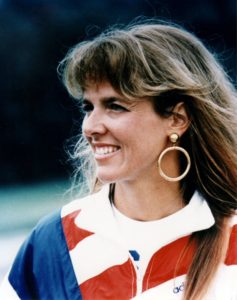 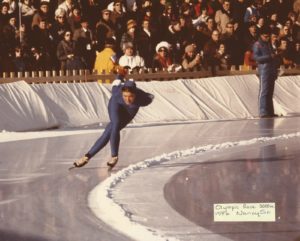 Nancy Swider-Peltz, Sr. was the first four-time U.S. Winter Olympian. She is a two-time World Record holder and has competed in eight Olympic Trials. Nancy began skating at age thirteen and skyrocketed to success shortly after. She won the Short Track Nationals at sixteen and seventeen, the pack-style Long Track Nationals at eighteen and made her first Olympic team in 1976 at nineteen. She set her first World Record in the 3000m that same year, and secured a second record in the 10,000m in 1980. Nancy made the 1980, 1984 and 1988 Olympic Teams, the last with her one-year-old daughter, Nancy Jr., in tow. In between growing her family, Nancy continued to compete. She participated in four more Olympic Trials – 1992, 1994, 1998 and 2002 – for a total of eight Olympic Trials in four decades. At the 2002 Olympic Trials, at the age of 45, she was paired with her daughter Nancy Jr., age 14. That same year she set four personal bests and currently holds five age-group World Records. Nancy has coached five skaters to Olympic Teams since 1988 and has been the head coach of the Park Ridge Speedskating Club. She coaches at the Pettit Oval. 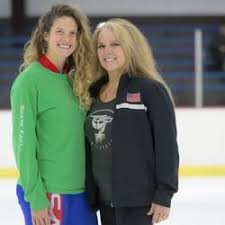 Nancy Swider-Peltz Jr. took her first lap around an Olympic oval when she was 13 months old. She was in the arms of her mother, who became the first American to qualify for four Winter Games when she made the United States team that competed in the 1988 Calgary Olympics in between breast-feeding Nancy.

In 1976, the senior Swider-Peltz set the world record in the 3,000 meters and finished seventh at the Innsbruck Olympics. Last week, her daughter earned a spot on the World Cup team with a third-place finish in the 3,000.

“My mom knows I look up to her a lot,” Swider-Peltz said.