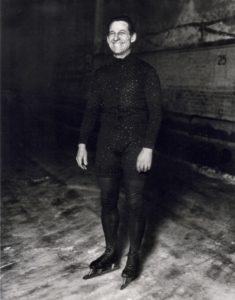 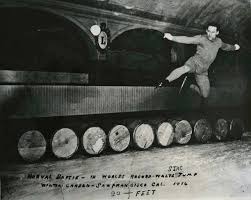 Norval was born March 18, 1879 and passed away on November 26, 1966. During his life, he was a World record holding speedskater and a champion figure skater. By the age of 14, he was the North Dakota speedskating champion. It is rumored that over his entire speedskating career, he shattered every amateur and professional speedskating record in the books. In 1938, Norval retired but continued to coach, coaching all the way until his death. He was inducted into the National Speedskating Hall of Fame on May 15, 1965 in Milwaukee, Wisconsin.

To find out more of his fascinating life, go to the website for the Pro Skating Historical Foundation

From the Sports Hall of Fame Canada:

Perhaps Detroit newspapers were correct when then stated that “there never lived another skater like Norval Baptie.” An unparalleled speed-skating phenomenon, figure skating champion, and pioneering ice showman, Baptie was truly a virtuoso on the ice. Born in Ontario and growing up in North Dakota, Baptie was the speed skating champion of his state by age 14. He was so confident in his abilities that he challenged 1897 world champion Jack McCullough to a race; Baptie easily won, claiming the world title for himself.

Over the next 25 years, Baptie won nearly 5,000 speed skating competitions ranging in distance from 220 yards to five miles. Shattering every amateur and professional record along the way, he held every skating title and experienced defeat only once in his career. After exhausting his thrill for speed skating, Baptie turned to stunt and figure skating, setting new records for broad jump, skating backwards, jumping over barrels, and even skating on stilts. During the First World War, Baptie began touring a solo exhibition show, an idea which he eventually expanded into the world’s first ice shows.

In the 1930s he directed the first shows featuring world figure skating champion Sonja Henie. Baptie also had a significant influence on skate design. He aided in the design of the tubular racing skate and eliminated the curled figure skating blade. Baptie retired from the ice in 1938 to become a professional coach at the Washington Figure Skating Club.

Due to complications from diabetes, he lost both of his legs in the 1950s. However, “Mr. Skate” continued to teach from a wheelchair almost until the end of his life. 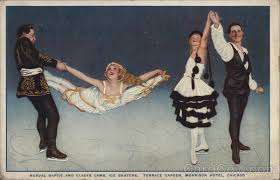 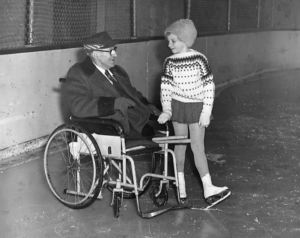 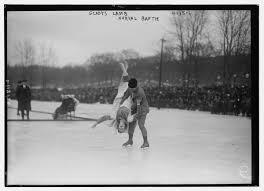