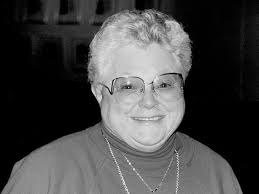 Patricia was born June 17, 1935. She became involved in speed skating in 1957 at the Pittsfield Winter Carnival and since that event, served as an organizer and chairman of many meets, as well as being a member of the Pittsfield Parks Speed Skating Club since 1961. Pat was president of the Northern New York Association in 1984 and held the position of secretary for numerous years. She attended her first ASU convention in 1970 and since 1977 attended every one. Pat has been a national official since 1970 and served on the Board of Control as the chairman and as a member of various committees. For two years she served as the Chairman of the Hall of Fame committee. Pat was inducted to the National Speedskating Hall of Fame on May 21, 1995 in Danvers, Massachusetts.