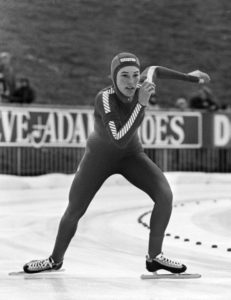 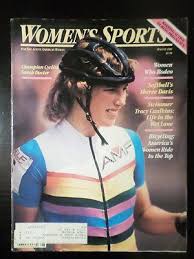 Sarah Docter won multiple US championships in the mid-1970s in various age groups and in both short- and long-track events. In 1978 she won US titles in both short- and long-track and competed that year at the World Short-Track Championships, where she won the 1,500 and 3,000 metre events, and was on the winning relay team. At long-track she was also outstanding as a junior, placing second at the 1980 World Junior Championships, and winning that title in 1981, when she won three distances, the 1,000, 1,500, and 3,000 m. At the 1981 World Championships, Docter finished third in all-around and was third in both the 1,000 and 3,000 m. Docter also competed as a cyclist and raced once at the World Cycling Championships for women. She later settled in Florida where she has raised a family with her husband. She now runs and competes recreationally, but often wins the women’s division in local road races. Docter’s sister, [Mary], also competed in speed skating at four Winter Olympics.