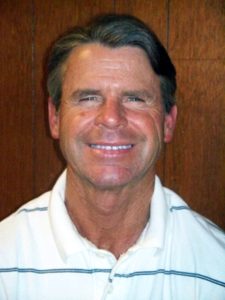 Scott was a standout short track skater in the late 1970’s and early 1980’s. The native of Champaign, Illinois was recruited at the age of nine to try speedskating by coach Harvey Moore. Scott went on to become a three time winner of both the indoor and outdoor Illinois State Championships, as well as reaching four individual podiums at the 1976 World Junior Short Track Championships in Champaign, IL. Simultaneously, he competed as a member of the 1976 Junior World Champion Relay Team. Scott was crowned National Short Track Champion in 1981, and was a member of five World Short Track Teams (1977-1981). Scott also set two World Records in 1978, one being at the 1,000m in the Belgium International Championships and the other in the 400m in Scarborough, Canada. In addition to his National and International competitions, Scott especially enjoyed participating in the Chicago Silver Skates Series, where he won as a first year skating up with the Intermediate age group skaters.