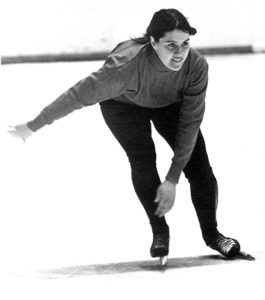 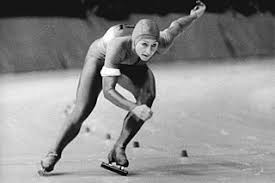 She was inducted to the National Speedskating Hall of Fame on May 18, 1991 in Southgate, Michigan. Sheila is married to Jim Ochowicz, of cycling fame. Their daughter Elli Ochowicz represented the US in speedskating in 3 Olympics. 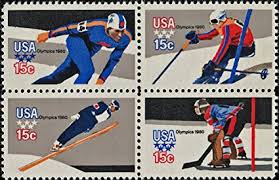 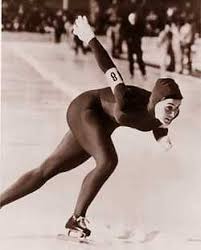 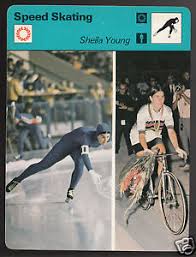 A top track cyclist and speed skater at the same time, in 1973 Sheila Young performed the astounding feat of winning World Championships in both sports in the same year. She won the sprint worlds on the ice, the first of three titles (1973, 1975-76), while her sprint title on the velodrome was also the first of three, the others coming in 1976 and 1981. In 1976, Sheila Young won three Olympic speedskating medals at the 1976 Winter Olympics, including a gold medal in the 500 m. She later married cyclist and future directeur sportif Jim Ochowicz. Their daughter Elli later also became a speed skater. Her sister-in-law, Connie Paraskevin-Young, was also a World Champion in the sprint, as well as a top international speed skater.