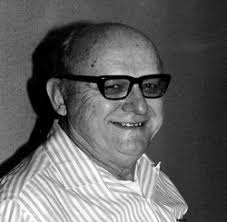 Ted was born May 8, 1926 and passed away October 20, 2005.  He held the title of National Official since 1970 and Chief Clerk since 1972. Since then, he was the Chief Clerk at every National and North American event held in Wisconsin. He was a meet director of Wisconsin National and North American events since 1975 and a delegate to the ASU Convention since 1970. He held a position as a U.S. Speedskating Advisory Board member since 1976 and he clerked all the Olympic trials during his life, the U.S. Speedskating time trials, and the International Speed Skating events held in Wisconsin since 1969.  He was a constant presence at the old Milwaukee rink, Ted always ran the heat box there and was known for his  booming gravelly voice, and his famous line when skaters would complain about whom they had in their heat.  “You can’t beat ‘um in the heat, you can’t beat ‘um in the final!” He was inducted into the National Speedskating Hall of Fame on May 17, 1998 in Wausau, Wisconsin.