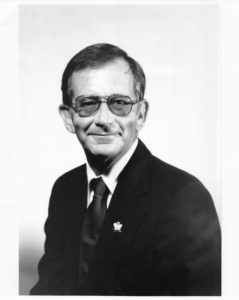 William was born October 23, 1939 and passed away on January 10, 2007.  A founder, organizer and promoter of Short Track Speed Skating as an international event. He was Chairman of the Organizing Committee for the first World Short Track competition held in Champaign, Illinois in April, 1976 and served as the team leader of U.S. teams from 1977 through 1981. He also served as a member of the ISU Short Track Technical Committee starting in 1980. William was inducted into the National Speedskating Hall of Fame on May 13, 1988 in Arden Hills, Minnesota. He was awarded the George Howie Award on June 6, 2019 in Kearns, Utah.