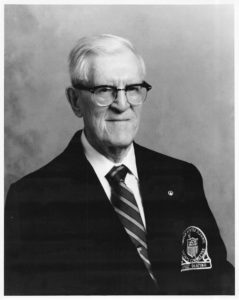 Alex was born on May 3, 1903 and passed away in May of 1994. He was a charter, board member, and coach of USISA, a national referee, and a founder, officer and coach of several new skating clubs. During his time as a coach, he coached 13 skaters to National Championships. He was influential in construction of two skating rinks in the Cleveland area. Alex was inducted into the National Speedskating Hall of Fame on May 17, 1980 in Bloomington, Minnesota.