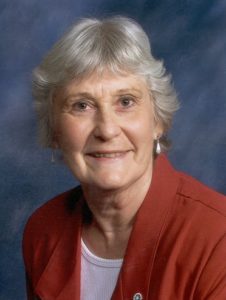 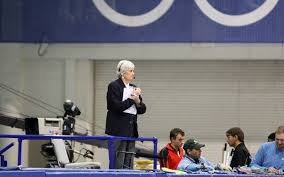 Greta is a past president of the Amateur Speedskating Union (ASU), the predecessor to US Speedskating. She was also a long-time assistant coach with the Glen Ellyn Speed Skating Club. She particularly relished working with the tiny tot and pee wee novice skaters as well as one on one with novices of all ages, usually in their very first sessions on speed skates, and showed remarkable ability to help them grasp the basics quickly. Greta was the first and only woman to be President of the ASU. As of her induction, Greta is the only woman referee on the 25 person roster of the International Skating Union (ISU) Championships list for short track speed skating. Greta was a referee at the 2006 Winter Olympics in Torino, Italy, and has refereed numerous ISU World Championships and World Cups from Asia to North America to Europe in addition to many US domestic championships. She also officiated regional and local meets, including the 88th Annual Chicago Silver Skates. Greta has consistently demonstrated over several decades a love for, and, commitment to the sport of speed skating, as well as a strong example of leadership, integrity, and volunteerism with her tell-it-like-it-is, no-nonsense, direct style. She was inducted to the National Speedskating Hall of Fame on April 21, 2007 in Milwaukee, Wisconsin.