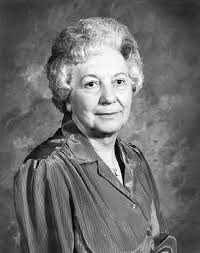 Mary was born April 8, 1918 and passed away on January 28, 2005. Since 1954, she was an active supporter of speed skating, serving as a registrar, assistant clerk of course, scorer, secretary/treasurer of the Northern New York Skating Association for 12 years, and then eventually president of the association. She was also a national Judge, Chief Scorer, and was a delegate to the ASU Convention starting in 1973. Mary was a member of the Board of Control for Northern New York and, as member of the Lake Placid Olympic Committee, she assisted the Chief of Protocol for the 1978 World Sprint Championships and the 1980 Winter Olympic Games. She was inducted into the National Speedskating Hall of Fame on May 19, 1985 in Albany, New York.