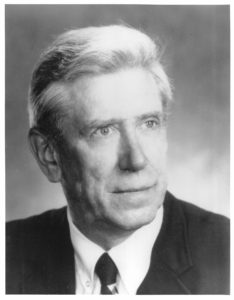 Robert was born on December 21, 1922 and passed away on July 9, 1998. He began his involvement in organized speed skating in 1964 when his two sons joined the Mt. Prospect Skating Club in Illinois. He served in all of the club offices numerous times and in many of the Amateur Skating Association of Illinois positions. Robert also represented the ASAI as the Board of Control member for 12 years and became a National Official in 1972 as a judge and announcer. He started as co-chairman of the ASU Handbook Committee in 1979-1981 and became the editor of the Handbook and editor of The Racing Blade in 1987. In 1992, he converted The Racing Blade into a magazine format; it had originally been a four page newsletter. He was Facilities Director of the ASU Speedskating Hall of Fame at the time of his death. Robert was inducted to the National Speedskating Hall of Fame on May 14, 1994 in Schaumburg, Illinois.