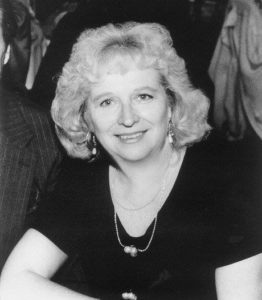 Shirley was born April 15, 1936 and passed away on April 30, 2010. During her life, she served as Meet Director at a number of Illinois meets and was elected as an officer for the Illinois association and as a Convention delegate. She took over the position of ASU Executive Secretary/Treasurer in 1984 and held this position until 2000, the longest of any Secretary/Treasurer so far. Shirley also served as a Meet Director or Chief Judge at a number of National, North American, and International Championships.

Shirley wrote articles for the Racing Blade Magazine for years. She also encouraged other skaters from around the country to submit articles.

Shirley was famous for rounding up officials to help at meets. If they protested that they were not qualified, she gave them a quick set of instructions as she whisked them to their post.

She was inducted in to the National Speedskating Hall of Fame on May 21, 2000 in Irvine, California.