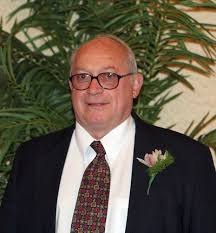 Tom’s wife, Betsy, reports that “The truth be known, that although Tom Porter has been involved in speed skating for 27 years, there are still two things he cannot do, skate or sharpen skates”. Tom’s involvement in speed skating began when the family was looking for an activity to occupy their two oldest children during the winter months in Saratoga Springs, New York. All five of the Porter children participated in speed skating, three of them progressing to compete nationally, while Todd and Erin went on to compete internationally. As the Porter children became more involved in the sport, so did Tom. In 1980 Tom started to attend Northern New York Skating Association (NNYSA) meetings, becoming Finance Chairman in 1984, Vice President in 1984, and President in 1986. During this period Tom also became active in the Amateur Skating Union (ASU). By 1989 he was on the ASU Safety and Legislative Committees.  He served as Vice President of Racing (1992-1994), Vice President of Operations (1994-1996), and was elected President in 1996.  During his term as President, Tom initiated discussions with USISA that ultimately led to the merger of the two organizations. In 2001, with the aid of several prominent local leaders, Tom was able to establish Saratoga Springs as the permanent home for the Speedskating Museum and Hall of Fame. He was inducted into the National Speedskating Hall of Fame on April 23, 2005.